On fear of a mass shooting: America’s culture is rooted in violence. That isn’t OK. 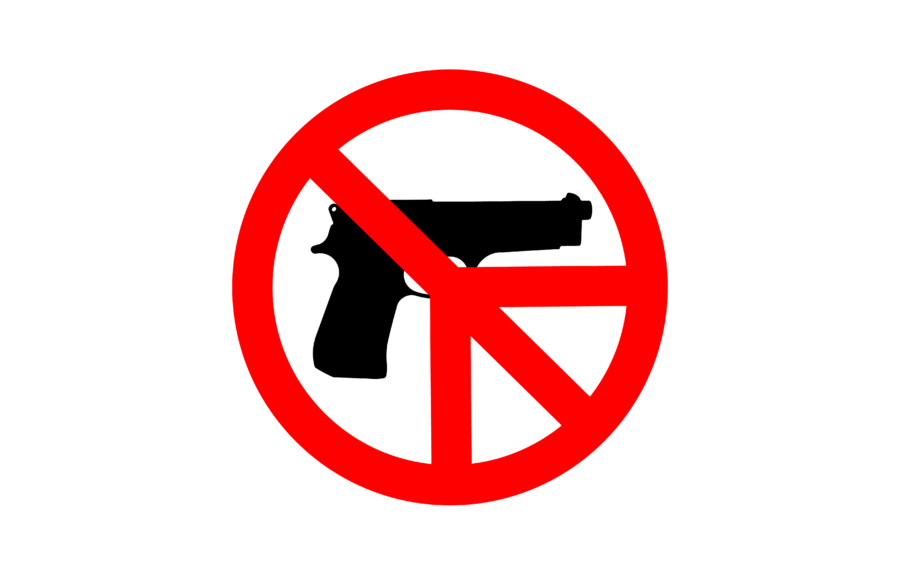 “I can’t even have the news on TV anymore, Val,” my brother said, his voice hushed. We sat at the kitchen table with my sister-in-law a few weekends ago and caught up on life.

“It’s always something bad,” he said. “How do you explain that to a 5-year-old?”

Eugene was referring to the horror unfolding in our country every day. Destructive weather, murder, disease and the catastrophe we fear will someday happen in our own cities — mass shootings. His question was important, but I didn’t have an answer. How does he explain to his three young children that we live in a country where a person can walk into a place and open fire on innocent civilians?

So many of us, at movie theaters and crowded festivals, are quick to dart our eyes and locate the nearest exit, just in case. The more mass shootings that go down in American history, the more parents’ concern for the world their children are growing up in seems to swell. I know mass shootings are something my siblings and their spouses worry about, especially now that they’re parents.

Gun safety advocacy group Sandy Hook Promise unveiled a 67-second public service announcement Wednesday, called “Back to School Essentials.” The harrowing video shows kids dealing with the threat of gun violence in everyday life. It may be hard to watch for some, but it paints the picture that going back to school isn’t what it used to be. Students and parents, sadly, need to be hyper-aware of the possibility that an active shooter could enter their school. Since Columbine, more than 228,000 students have experienced gun violence at school, a database from The Washington Post shows. Do we have to live like this? Full of fear?

Last month, a 36-year-old gunman went on a rampage in West Texas, killing seven and injuring more than 20, after acquiring a combat-style rifle through a private sale. He was able to avoid a federal background check that in 2014 barred him from getting a gun when it turned up a mental health issue, according to the Associated Press.

The conversation I had with my brother was a perfect example of a parent dreading the worst for his kids. The possibility of a mass shooting looms every day. And what does that fear say about us as Americans? About our culture?

We are violent. Our culture is rooted in violence. These days it feels like we fall into a few categories: Some of us cause violence, some of us live in fear of violence and some of us respond to violence. I wish it weren’t that way. It shouldn’t feel so conventional to hear about another mass shooting. Our people are dying out there, and from such senseless acts of violence. These are our mothers and fathers, our sons and daughters, our neighbors and teachers and churchgoers.

As a culture, we’ve started to grasp a routine with every mass shooting. The response is predictable: reporters scurry to gather facts and find the story, people take to Twitter and Facebook to share concerns and point fingers and gun-loving politicians promise prayers and condolences. Their prayers mean nothing at this point. Their condolences ring hollow. The next mass shooting could happen at any moment, and it’s likely that nothing will truly change.

We become numb to the violence in our society, but it surrounds us. Every year, about 100 million people tune into the Superbowl to watch oversized men in plastic armor slam their bodies into one another. Violence is in our conversations and our interactions on social media. Consider, for example, the comments section of a New York Times story about detained migrant children. Some defend parents and children crossing the border to flee turbulent conditions in their home countries. Others say these small children, sleeping in cold cells and crying for their parents, deserve the poor treatment they receive.

I don’t mean to say change isn’t happening. Walmart announced at the beginning of the month it will reduce its gun and ammunition sales, as well as ask patrons in open-carry states to leave their firearms at home while shopping. America’s largest retailer seems to be doing more to combat gun violence than our government. Other retailers have followed Walmart’s lead, with Kroger, Walgreens, CVS and others announcing changes in gun-carrying policies in their stores. But what if it were their son or daughter caught in the crossfire? Until it affects a person directly, gun violence and its effects may feel abstract.

It’s difficult to comprehend the grief of a mother whose child was killed in a mass shooting, to feel the ache inside her body knowing she will never get to kiss her child’s forehead or run her fingers through their hair again. But we can try. Not only can, but should. Because our lives, our safety, our peace — these are the most valuable things we have. We need to band together to defend them. It’s terrifying to think someone who doesn’t share this respect for human life has access to a tool that can so easily, with the press of a trigger, kill our people and devastate an entire nation.

As fellow human beings who care about mending this country’s pain, whether Republican or Democrat or whoever you are, let’s ask ourselves: What are we doing to each other? And how can we keep this violence from tearing us apart?