how ‘top gun: maverick’ cruised to the top of the summer box office 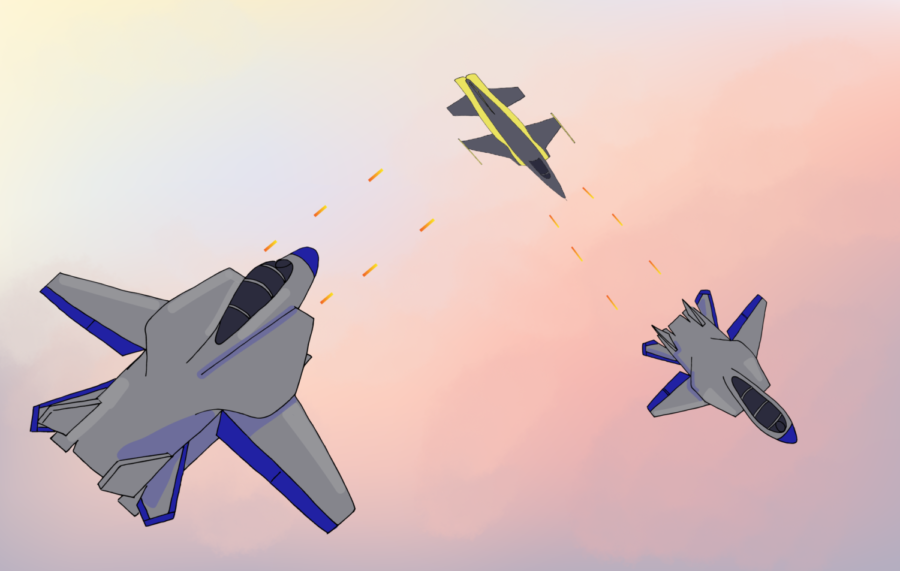 Whether it’s the timeless songs, the speed of the F-18s, the beloved character of Maverick or the viral football montage moment, this movie has undoubtedly soared to be the blockbuster of the summer. Of course, the story isn’t brand new to most viewers, as it’s the long-awaited sequel to the original ‘86 film “Top Gun.” Thirty six years later, and after multiple delays caused by COVID-19, “Top Gun: Maverick” has not only proven its longevity in its fanbase, but has also warmly welcomed the world back into theaters and has without question heated up the summer.

If you’ve been living anywhere but under a rock, you’ve at least heard of “Top Gun” and might think of a young Tom Cruise (Maverick) or the classic “Top Gun” songs like “Take My Breath Away” and “Danger Zone.” This movie has always been considered a timeless classic but has now taken on a fresh face and soared into a new generation’s hearts with a sequel that is arguably one of the best movies ever made. But what sets it apart from not only being recognized as just a sequel, is the numbers of new audiences, the dedication to training the actors on making the flight scenes and a brilliant twist with new and exciting obstacles to overcome.

The Atlantic staff writer David Sims praises the film in his review: “As a stand-alone blockbuster that’s just trying to suck viewers’ eyeballs out of their sockets with hellacious flight photography and thunderous sound, Maverick is just what every cineplex in the country has been crying out for.” It reaches into the classic narrative just enough that it has bridged the gap between the younger generation and those who grew up with the original.

To introduce the faces of this somewhat new phenomenon “Top Gun: Maverick,” it stars the always charming, but older Maverick (Tom Cruise) who is now given the role of a Top Gun instructor to new, young pilots on an intense mission that requires urgent training to complete. It then introduces Rooster (Miles Teller), the son of Maverick’s wingman named Goose in the first movie, who still holds a grudge about his father and Maverick’s past. Many other fierce, captivating pilots accompany these two, whose call signs go by Phoenix, Bob, Hangman, Fanboy, Coyote and Payback. These characters truly brought a fresh take into the movie. However, one pilot in particular stirred up a viral frenzy online – Rooster.

Somehow, in a blink of an eye, Rooster manages to create an iconic moment that people not only play on repeat, but something that people can’t stop drooling over. Under a perfect sunset, the extremely fit pilots play a friendly game of football to the sound of a new classic song to add to the “Top Gun” playlist, “I Ain’t Worried” by OneRepublic. A clip of a shimmying, oiled-up Rooster appears on screen and instantly captivated viewers.

From Newsweek TV and film reporter Jamie Burton’s TikTok research, one user called @caracarbonaraa said in a TikTok caption: “I almost audibly gasped in the theater.” The TikTok went viral with over 1.9 million views and thousands of comments within hours of posting, Burton wrote. This TikTok is just one of many that replayed this exact scene. It not only took flight with just this one clip, but many on TikTok shared that they were “inspired” to shave their facial hair to give themselves the “Rooster” mustache with some aviators to recreate this already iconic look. With this newly coveted scene, it only reinstated this movie’s lasting imprint on the world, so much so that the world showed up for this movie in numbers not only surprising for post-pandemic sales, but also for movie ticket sales in history.

To put this movie in numbers, Screen Rant writer Jordan Williams shares the statistics, “After three weekends in theaters, Top Gun 2 has grossed over $1.07 billion at the worldwide box office.” It not only passed the $1 billion mark at the worldwide box office this summer, it also became only the second movie to do so since 2019’s “Star Wars: The Rise of Skywalker.” This is only a dent into the massive records it has broken.

Through its trials and tribulations, its fight for love, the resilience in the fierce teamwork and, of course, the beach eye candy, this movie encapsulated everything and more. “Top Gun: Maverick” is the film that cruised into our hearts this summer, and as Maverick himself puts it, is the “perfect love letter to aviation.” So what are you waiting for?

Hi! I’m Catie Pusateri, A Magazine’s editor-in-chief. My staff and I are committed to bringing you the most important and entertaining news from the realms of fashion, beauty and culture. We are full-time students and hard-working journalists. While we get support from the student media fee and earned revenue such as advertising, both of those continue to decline. Your generous gift of any amount will help enhance our student experience as we grow into working professionals. Please go here to donate to A Magazine.