How Abercrombie & Fitch Is Rebranding With Gender Neutral Line

When you think of the brand Abercrombie & Fitch, leader in breaking gender stereotypes may not be the first thing that comes to mind. However, that’s exactly what they’re doing as they’ve become the latest company to take a gender-neutral approach on their products.

Abercrombie Kids line titled the “Everybody Collection” launched in late January, giving customers the opportunity to choose between 25 different styles of tops, bottoms and accessories. The line was created after customers shared feedback of not wanting restrictions when shopping for their children.

“Parents and their kids don’t want to be confined to specific colors and styles, depending on whether shopping for a boy or a girl,” says Stacia Anderson, brand president of Abercrombie & Fitch in a press release. “Our Everybody Collection is one assortment, in one size run, that covers the trends we are seeing in both color and style.”

Abercrombie & Fitch’s sales peaked in the early 2000s when it’s brand name was everywhere, and many could say they steadily declined in popularity from that point on. Sales were especially rocky after the CEO Michael Jeffries made notorious comments about how the company’s clothes weren’t for everyone, and how the brand only marketed to “cool, good-looking people”

However, in the past couple of years Abercrombie made some major changes that helped move the brand back in the right direction. While the brand had previously been known for selling small sizes for skinny body types, in late 2013 the company agreed to start selling larger sizes for their customers. Two years later in early 2015, the brand abandoned its “looks” policy, announcing they would no longer only hire “good-looking” employees and got rid of their famous in-store shirtless models.

In late 2015, Abercrombie began to gain its “cool” factor back, with praise from many, including popular blog Man Repeller, after the fall line launched. “What ‘the new Abercrombie’ no longer has is that recognizable from anywhere A&F look… for a brand that once pushed away its customers by strategically making others feel excluded, this new open-arms style similar to Zara or H&M is a smart move,” wrote Amelia Diamond for Man Repeller.

Abercrombie isn’t the first company that decided to take the gender-fluid approach. According to Forbes, gender fluidity is becoming more accepted and mainstream, especially among millennials and Gen Z. Target decided to make its toy aisles gender-neutral in 2015, while Zara also created a gender-neutral line. A handful of male-focused brands such as Adidas and Under Armour are catching on and are beginning to reach out to women in campaigns as well.

When it comes to creating a gender-fluid clothing, it’s definitely easier for brands when creating clothing for children. “Until around age 11 boys and girls have the same body shape and clothing needs,” says Karina Lundell, head designer of gender-neutral Swedish clothing brand Polarn O. Pyret to Refinery29. “Kids need comfy clothes with good fit and function that they can play in.”

Society’s attitude toward gender norms is changing, especially with younger generations. Abercrombie’s progressive line will hopefully make it easier for shoppers to find clothing for their children without restricting them, and inspire more companies to also take on a gender neutral approach. The Everybody Collection is currently available online and in all Abercrombie Kids stores.

Read More
The evening air is whistling a colder tune. The leaves are turning a tender shade of yellow. Not…
Read More

Read More
At Kent State, creativity is cultivated in the minds of both faculty and students. We recently spoke with…
Read More 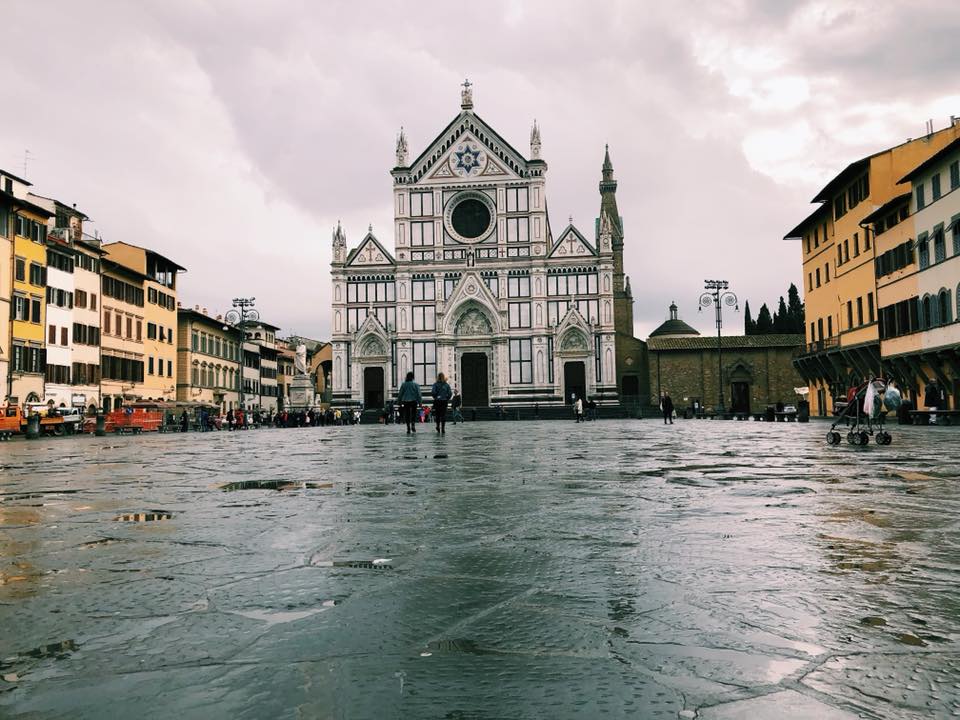 Read More
Studying abroad means living without regrets, right? If we’re being utterly honest though, everyone has a couple when…
Read More